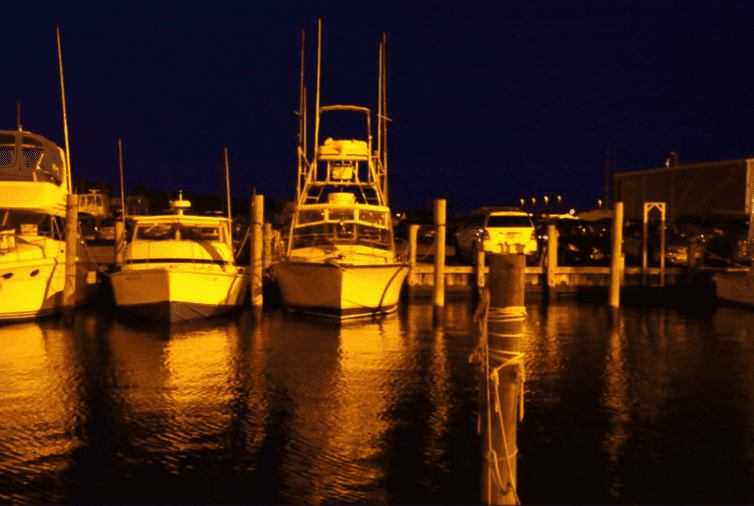 How far is Bay Shore, New York from Riverhead, New York? It is about a 38-minute drive, and the distance is approximately 36 miles.

How far is the airport from Bay Shore, New York? MacArthur Airport is a 20-minute drive taking Sunrise Highway. It is about a 12-mile distance. Heading west, John F. Kennedy International Airport is about 50 minutes away, for a 33-mile drive.

Bay Shore is one of Long Island’s older hamlets. Built in about 1697, Sagtikos Manor is located in West Bay Shore. During the Revolutionary War, it was used as a British armed forces headquarters during the Battle of Long Island. During his trip of Long Island in 1790, President George Washington stayed at the manor.

Local schoolteacher John Mowbray bought the area that would become Bay Shore proper from the Secatogue Native Americans in 1708 for “many eel spears.”

The name of the hamlet has evolved over time: The area was first called Penataquit and then Awixa by early European settlers; both names were used by the indigenous Secatogue. In the early nineteenth century, the name was changed to Sodom for unknown reasons. After a name change to Mechanicsville in 1842, the town was renamed Penataquit in 1849. Because the name Penataquit was difficult to pronounce, the hamlet’s and post office’s names were changed to Bay Shore in 1868.

In the late 1800s, Bay Shore became known for its commercial district and resorts. The quiet hamlet became popular with rich New Yorkers eager to get away from the city and visit the Great South Bay’s white sand beaches and Fire Island’s fishing communities. It was a popular tourist destination on weekends and during the summer, thanks to the recently constructed Long Island Rail Road, which provided convenient access from New York City. It was the headquarters of the First Yale Unit, a United States Naval Air Reserve unit, during World War I.

After WWII, the population of Bay Shore grew dramatically: from the mid-1950s to the mid-1960s, a variety of housing developments were built on farms and underused woodlands. Working and middle-class first-time home buyers from New York City predominantly settled those developments.

Despite the difficulties that quick, substantial expansion placed on the community, the hamlet remained sound. Main Street remained one of the most popular retail places in the region.

Beginning in the late 1970s, Bay Shore began to decline. Residents were unable to make decisions due to the lack of a local government, which were instead delegated to the Town of Islip and Suffolk County. When rezoning enabled businesses, rental properties, and multi-family housing where previously only single-family houses were allowed, the population density and demographics transformed. Many storefronts on Main Street became abandoned. The South Shore Mall, which opened two miles north of Main Street, drew customers away from Main Street’s local businesses. Psychiatric patients from the nearby Pilgrim State Hospital were rushed into rental apartments downtown after deinstitutionalization, frequently without adequate professional supervision.

Since the 1980s, efforts to rehabilitate Bay Shore have been ongoing. On the grounds of historic estates, upscale homes and condominiums were developed in gated communities. The former Bay Shore Theater, which had previously served as an opera theater, was renovated and enlarged to become a YMCA. Fresh sidewalks, antique-style lamps, new landscaping, and restored parks are all part of the ongoing renovation of Main Street. Main Street has regained a significant portion of its popularity. There are a slew of new eateries, retail boutiques, and other shops and workplaces to choose from. The Bay Shore Beautification Society turned an empty property on Main Street into an award-winning meditation garden.